Last September I was in the midst of a serious post-natal mental health wobble. Daily life had started to include hours of uncontrollable crying. I decided to self refer for NHS talking therapies and I’d been encouraged by the conversation I’d had during the triage assessment. The general sense had been that, in fact, the things I was feeling were completely normal for someone who has experienced what we had over the last 9 years.

The first thing that happened after that conversation was that I received a pack of forms to complete and exercises to complete to get a better idea of CBT (Cognitive Behaviour Therapy) and how it worked. The stories in the booklet didn’t really reflect how I was feeling. I’m ashamed to say I dismissed a lot of the exercises as ‘bloody ridiculous’. I say ashamed because I fully appreciate the value of CBT for many people but for where I was at, I really wasn’t sure it was for me. Still, I recognised that I did need help and if this was what was available I should at least commit to it. I spent an afternoon completing the exercises ready to discuss with the therapist.

I was allocated a therapist, it was all to be delivered over the phone rather than face to face as that way they could offer me help more quickly. We had one conversation which was a fifteen minute introduction to what we would try to do. She explained that it would be about helping me to find ways to manage my anxieties and panic. At the end of the chat she said I would be offered a weekly session and that I would need to commit to it otherwise I would be referred back to the GP. I agreed but pointed out that I was a week away from going into hospital with Mojo for a surgery which would see us admitted for a number of weeks and that I had no way of knowing when I would be available because obviously Mojo’s needs had to come first at this time. The speed with which I was dismissed after this was a little confusing. Essentially the summary was – ‘Yes I agree you need help to cope with impact caring is having on your mental health, so give us a call when your caring responsibilities are less and you have time to commit to therapy, bye.’

Less than a week later and it was time to take Mojo to Manchester Children’s Hospital for her Hip surgery. As has always happened a coping instinct completely takes over in these circumstances. Not unlike an out of body experience something deep in your subconscious takes over and holds your hand, gets you through the uniquely surreal days of Surgery/ICU/Recovery. For me it seemed that the re-emergence of something really concrete to focus my anxiety on seemed to stabilise the rest of the chaos in my head. I can’t for a moment recommend this as a course of treatment for panic attacks but for me, it tipped the scales back to a more even keel and my ability to cope with life both in and out of the hospital had returned.

Mojo’s recovery was tough, especially after the cast came off. Mojo’s pain levels were astronomical and knowing how high her pain threshold has always been the idea of her being in so much pain completely broke my heart. There was frustratingly little we could do but offer comfort and drugs, all the drugs. In the midst of it, it felt like it would never end, we couldn’t imagine life without her flinching when we touched her or screaming with every transfer (moving from one seating to another). That takes it’s toll on you emotionally after a few months. My respect levels for parents whose children suffer chronic pain grew exponentially.

By Christmas there seemed to be some light at the end of the tunnel. We could cuddle again without tears, very gentle cuddles but cuddles nonetheless. We celebrated the end of a crazy, exhausting year. We toasted the fact that 2020 was going to be a much more relaxing year with loads of big family celebrations in the pipeline.

The phrase ‘only the elderly and the vulnerable’ was thrown around an awful lot in February and March. It was such a toxic mentality and although it didn’t last long, as much because the severity of Covid-19 and the risks it presented to ‘normal’ people was such that the message changed, but for a few weeks I was angry with the world. I was angry with everyone who felt that everything would be okay because it was only people like my daughter that would be killed off by Covid. There was a feeling that as section of society disabled people were disposable. I urge you to seek out a Guardian article written by Rory Kinnear about the avoidable death of his beloved sister. It absolutely nails the way we as families of ‘only the vulnerable’ felt and continue to feel.

My attention turned back to my own mental health as it became clear that 2020 not going to look at all like we had expected. For the first six weeks of lockdown (or 7 really as we went early when I just couldn’t cope with the risk level anymore) I chose to eat and spend my feelings. We ate like it was going out of fashion and then I spent evenings scouring the internet for essential (and let’s be honest non-essential) supplies. There was a safety in our bubble. It was intense to be without all external care support (school, physio, OTs, respite, Grandparents) but we were safe and the world was locked out.

By week 8 I felt horrendous. We’d eaten like it was Christmas for weeks, I’d not left the house and it was impacting on everything. The last thing any of us needed was for me to fall over the edge again.

So I did something I’ve never done in my whole life. I went for a run. An actual run.

I walked out of the house, and out of the drive and felt like an utter fraud in my running gear. With the Couch to 5K programme in my ears I put one foot in front of the other and when Sarah Millican told me to run I ran, when she told me to stop I stopped. Then I went home.

I did this every other day from that day. By week 4 I was running actual distances. I devoured the fantastic Bella Mackie book Jog On which documents her relationship with running and mental heath. So much of it really resonated. 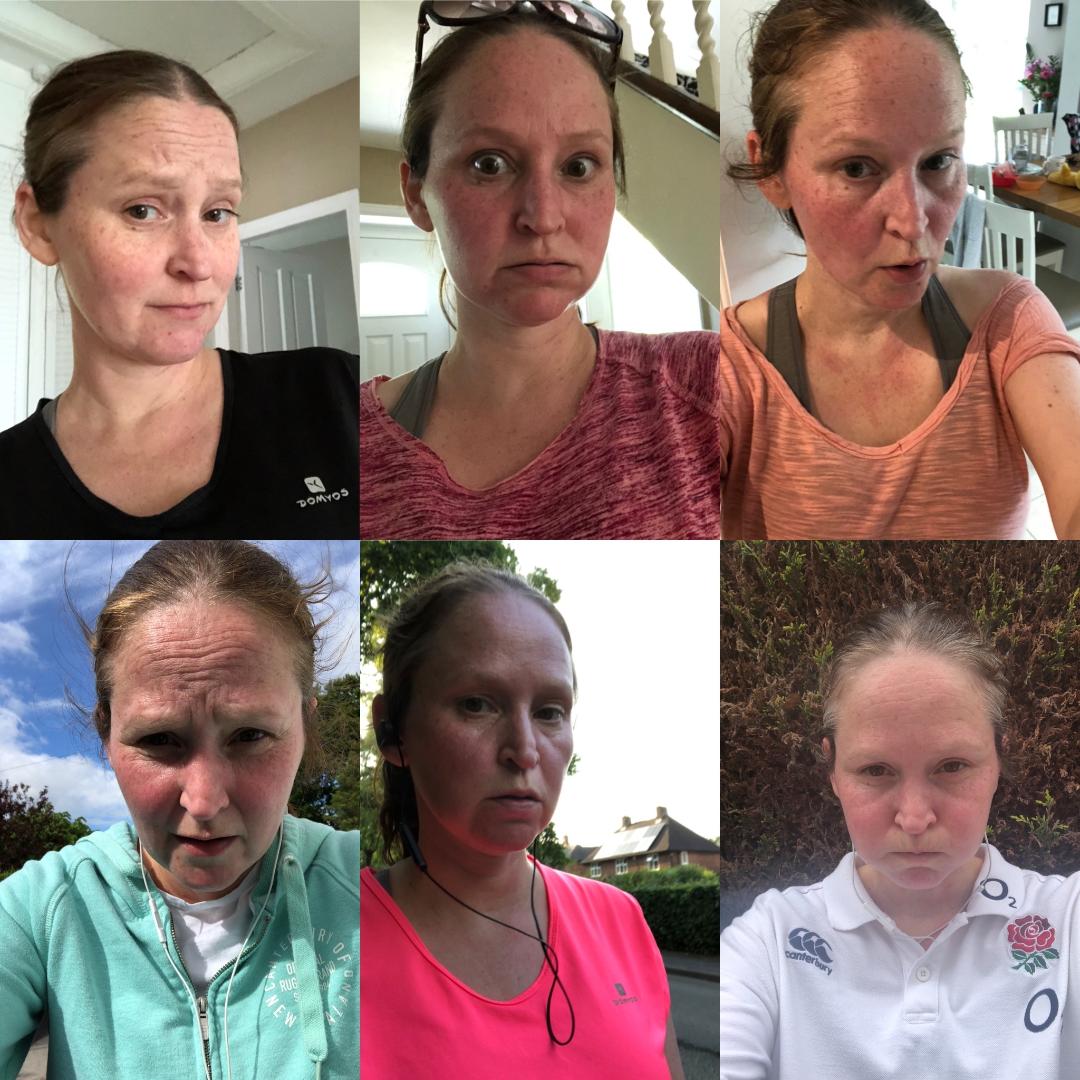 By week 7 I was relishing it. I got antsy if I hadn’t run. I was eating better and sleeping better and my head was clearer than it had been in years. I laughed at myself for the number of times I had rolled my eyes when someone recommended running to me as a way to cope as a carer, not because I necessarily doubted them but I couldn’t run. I’m totally unfit. My Dad even referred to my ridiculous lack of athletic ability in the speech he made at our wedding. I. Couldn’t. Run. But I did and now I do and honestly when Sarah Millican tells me she’s proud of me I believe her and I’m a bit proud of me too.

I’m a giant cliche, I feel better than I have in years, I’m a lockdown convert. If you can excuse the pun I’ve found my mojo. I run my anxiety out of my system.

So that’s where we are today. Head clear, anxiety managed. I’m the kind of person that smugly runs past a busy beer garden on a Friday night. I can laugh at the ridiculousness of the transformation but I can also be profoundly grateful that I put one foot in front of the other that first day. It was ever thus. One foot in front of the other no matter what pace we’re travelling at.