Mojo has Microcephaly. I don’t think I’ve ever told you that. Not that it’s a secret of course it’s just that, for us, it has always been secondary to the Holoprosencephaly. Microcephaly sits on her list of clinical diagnoses unmentioned, untreated, it just, is.

Simplistically, Microcephaly means having a clinically small head. Look it up and you see that, like many complex conditions, there are multiple causes including chromosomal and infection. Holoprosencephaly is listed 17th on the list of chromosomal causes on Wikipedia. Mojo has a microcephalic head because the two hemispheres of her brain are fused at the front. Her horseshoe shaped brain is small and therefore, her head is small and for us, aside from occasional hat shopping incidents, I don’t give the visuals of it much thought.

That sounds spectacularly dismissive given the fear and furore which has spread across the world with the news of the Zika virus and it’s association with Microcephaly in infants. I don’t mean to be dismissive, not at all, I have been deeply moved by the footage of babies across the world with the familiar head shape which Mojo and many of her friends share in common as a result of their Microcephaly. Familiar is the operative word because when you associate your own baby so closely with other babies they feel familial. I have the urge to protect them, love them, tell them how spectacular they are, tell them it’s going to be okay, there is life after diagnosis. Not least because the world continues to refer to them as defective. How I hate that term, birth defect.

These babies are not lacking, have not fallen short and are no more imperfect than any of us.
Before you think I’m running some kind of PR campaign for the joys of the Zika virus I, naturally, agree that all possible measures should be taken to avoid its spread and to prevent what would otherwise have been healthy babies being affected. I just wish that the babies which have been, didn’t have to be used as a cautionary tale, held up as examples of how awful the virus is. Look at this ‘alarming and disturbing’ (direct quote) thing that could happen to you. It just makes me feel deeply uncomfortable. I suppose realistically, I know that nobody would ever choose to be in our shoes but to have it underlined so repeatedly, so publically so universally is disconcerting.
On the flip side, as a result of all the news coverage, I have watched and read some very positive ‘living with microcephaly’ features too. I have also, however, made the rookie mistake of reading the comments under these articles.
Now THAT was alarming and disturbing.
Scrolling through the views of a surprisingly large number of people claiming that anyone who chooses to continue a pregnancy once a diagnosis of Microcephaly had been made is selfish. To bring a child into the world to suffer is cruel. To dare to have another child if your first happens to have a genetic imperfection is reckless, selfish, stupid. Oh the opinions, the vitriol, the voices of all these people without the first idea about my life or my children freely advertising their distain for me, for us, for those with disabilities generally was truly shocking. Not, of course, that any of the comments were for me, these particular judgements were being cast around about a different family facing different, albeit similar, challenges.
So when Zika falls from the news agenda and the newly diagnosed parents begin the reality of living with a child with complex disabilities after the eyes of the world have been diverted. What then.

For what it’s worth, here is what I have learnt. Every single child will write their own story, do their own thing, irrespective of diagnosis, prognosis, text books and World Health Organisation advice. I’m not going to lie, it’s hard work. The only thing we as parents can do is deal with symptoms as they arise, fight hard for the best support, not take anything at face value when it comes to can’t and won’t and most importantly love. Love, love, love, so much that nobody could ever question your child’s quality of life because how can any life so filled with love be described as defective. 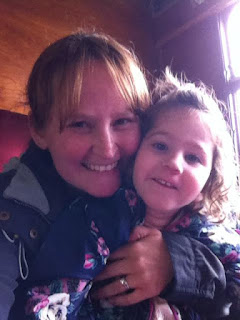